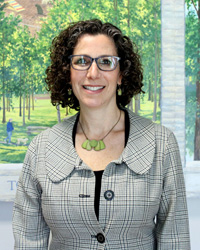 The Supervisor's Office is located on the third floor of the Town offices. Office hours are Monday - Friday, 8:30 am - 4:30 pm.

We were caught a little off guard by that snowstorm this morning, were you? Special thanks to the Town and Village staff for getting the roads clear before most of us started our daily commute. Unfortunately, there is more snow on the way-- we are hearing a few more inches overnight into tomorrow morning and throughout the day tomorrow, as well as flurries throughout Sunday and maybe even a little more into Monday. Unfortunately, it doesn't seem like there will be enough accumulation to make any kind of respectable snowman, but we shall see. It's been a bad winter for snowmen.

We have been busy this week-- the Town Board met on Tuesday evening and we were joined by several special guests. Our Town/Village Engineer Paul Fraioli and Water Superintendent Andy Tiess were joined by James Natarelli from AI Engineers, Inc. (formerly Dolph Rotfeld Engineering P.C.) to share an update on the planning progress for the McCarthy Drive restoration.

This is going to be a large project-- not only does the road need to be effectively torn out and rebuilt, but also widened, and there is extensive utility work that needs to happen underneath the road. The Village of Ossining will be replacing the water main there, and there is coordination that needs to happen with other utilities as well. As this process has gotten underway, we have heard from many residents of McCarthy, as well of residents of the surrounding streets, that there are major drainage issues in the neighborhood related to storm water runoff, and our engineering team has been working to come up with solutions to these issues that could be part of the road improvement to the best of our ability. Many residents came to the meeting to hear from the engineers and offer feedback and insight on the proposed solutions, and we will continue to keep the community updated as we get closer to breaking ground this summer. Thanks to Paul, Andy and James for putting together such a comprehensive presentation for the Board-- if you missed it, you can check out the Youtube video here-- start around the 36 minute mark.

Most of the Town Board and other Town staff members started this week at the Association of Towns Annual Conference in New York City.

This conference is a great opportunity for us to learn about new ideas and programs available to municipalities and meet community leaders across the state. We also saw some familiar faces there this year-- on Tuesday morning, Maddi and I attended the Breakfast with the Association and listened to Senator Chuck Schumer speak about what is happening around our great state.

We also (unexpectedly) ran into our labor lawyers Craig and Hilary from Bond, Schoeneck & King-- they were giving a CLE (Continuing Legal Education) course that happened to be taking place in the classroom we were leaving, it was a happy surprise! Although, we shouldn't really be TOO surprised-- they are the best of the best, and it makes perfect sense that they would be telling other lawyers what's what!

Before I begin to share our week with you, I want to acknowledge the tragic news we received earlier this week-- 21 year old Ossining resident Gregory Jackson was involved in an incident of violence that later led to his passing. Almost a week after hearing the news of Greg's death, most of us are still without words and struggling to find meaning in this heinous act. The Ossining Police Department has been capably and professionally handling the investigation and announced last night that they have a suspect in custody, also unfortunate because he too, is from Ossining. I hope that we will all remember Greg as so many knew him-- a bright, energetic, happy young man, who was beloved by so many. We are all keeping his family and his many, many friends in our thoughts and prayers.

On Monday, I was joined by Budget Director Maddi Zachacz and Town Councilwoman/ Executive Director of IFCA Karen D'Attore at a Pattern for Progress event held on the SUNY Orange campus at Newburgh-- the view wasn't awful.

We learned about how the City of New Rochelle has managed to essentially rebuild its downtown core with private investment. We listened to three panelists who had been involved in the city's transformation, and most impressive to me was their Commissioner of Development Luiz Aragon. Luiz explained that, through the use of form based code and a standardized approval process, the city was able to get a win-win: ensuring that city residents had say over what sorts of development took place, while offering developers the sense of certainty they require to make the location attractive to them and to identify if they can acheive profitability.

It is interesting to consider how these ideas could be replicated here in Ossining. We have done many studies over the years which could certainly help us to begin to build a framework to help move in that direction.

We made it through another week of winter! Even though it is absolutely frigid out there today, the sun is shining and nothing is falling from the sky, we'll take it!

We also made it through another tax collection-- the last day to pay your 2nd half school taxes in person was yesterday. Our Tax Office was open late to receive the last of our residents, and the staff in the office did us proud. As you can see, the ladies were still all smiles at 6PM after the crowds dispersed.

Special thanks to our Receiver of Taxes Holly Perlowitz, Deputy Receiver Patti Cunningham-Jay, and Intermediate Clerk Martha Quituisaca-- we heard from more than a few residents that your cheerful demeanors made paying that bill just a little more pleasant.

At this week's Town Board meeting, we passed a resolution pertaining to the partial Federal government shutdown. We heard from our Assemblywoman Sandy Galef that the Assembly had passed a bill last week enabling Federal workers on furlough to get an extension on paying their property taxes, and we wanted to be sure we did everything we could to help. The Town Board passed a resolution allowing furloughed or non-pay federal employees or their spouses or domestic partners to get a 90 day extension to pay those taxes-- the 90 days begins when the shutdown ends.  We understand Briarcliff School District passed a similar resolution last night at their meeting and anticipate the Ossining School District will do so as well. The state bill passed in the Senate on Wednesday, and we have every reason to believe the Governor will sign it.  We just heard the news that the Federal Government is back up and running, yet anyone who was caused a hardship by this delay will still be able to take advantage of the extension.  We wanted to be sure a resolution was passed so that, if we had the opportunity to help those folks working without a paycheck tread water a little longer, we could. We continue to be frustrated with our leadership at the national level that has necessitated this level of local response. I am sure I speak for the entire Town Board when I say I am glad we can shield our constituents, who are political pawns in this process, from the effects of this high level gameplay, even if only to this small degree.

Are you one of the families affected, or do you know someone having a rough time making ends meet? Trinity Episcopal Church at 7 South Highland Avenue will be hosting their Loaves and Fish Dinner tomorrow (Saturday, January 26th) at 5PM. All are welcome-- there is no religious component to this event. Dinner will be prepared by CIA chefs John Swift and Adam Rodriguez, and is free to all those who could use a warm, home-cooked meal.